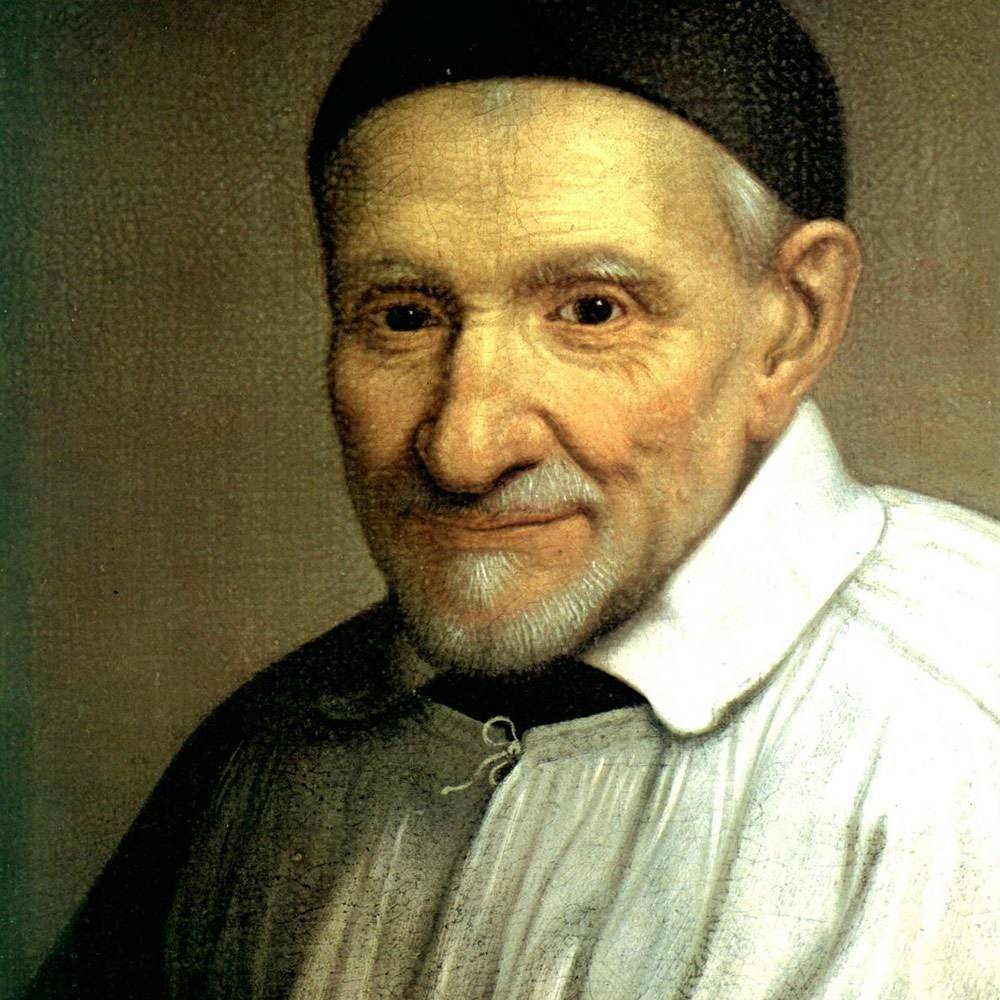 Vincent, a man touched by the finger of God’s own holiness, often referred to as the “Apostle of Charity.”

Vincent, the third of six children of his parents was born in Landes near Dax in South of France not far from Lourdes on the 24th April, 1581. His parents were very good Catholics, hard-working and concerned for the moral and spiritual training of their children. From childhood, Vincent learned to be generous and kind-hearted, especially to those in great need, His parents taught him that those who give to the poor give to God Himself.

Vincent was an intelligent young boy and his father sent him to College. He aspired to the Priesthood. One of his motives for this choice was to live comfortably and to be in a position to help his family. Eventually, Vincent was ordained a priest in 1600.

At first he worked in the Parish Ministry. While working as a priest, a distant relation of his died bequeathing a legacy to him. Vincent had to travel to Paris to sign legal documents with the deceased relation’s solicitors.

In Paris, and upon completing the formalities, Vincent decided to return to his station by sea. His journey by sea was the beginning of his sufferings and humiliations, as the ship in which he sailed was attached by pirates and he was mortally wounded and captured.

Thereafter his captors sold him into slavery in Africa. In slavery he continued to change from one master to another until he was eventually sold to another French national who originally was a Catholic but later converted to Islam in Algeria.

It was in the course of his suffering under this master that God intervened to reveal the identity of Vincent to this new master, who not only regretted having subjected him, a priest of God to such torture but also repented and granted Vincent his freedom.